Every month, watch movies in the movie night of Alliance Française Ottawa! 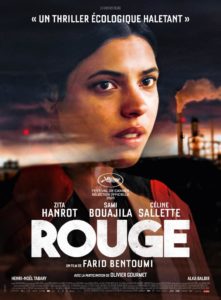 For the month of November, we offer you “Rouge”, a French-Belgian drama directed by Farid Bentoumi released in 2020. The film is inspired by real events, including the red mud affair.

Synopsis: Nour has just been hired as a nurse in the chemical factory where her father, a union delegate and long-time company leader, works. While the factory is undergoing a health inspection, a young journalist is investigating waste management. The two young women gradually discover that this factory, a pillar of the local economy, is hiding many secrets. Between lies about polluting discharges, falsified medical records and hidden accidents, Nour will have to choose between keeping silent or betraying her father and getting the truth out. 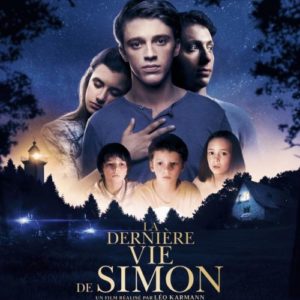 For the month of October, we offer you “La Dernière vie de Simon”, a fascinating first French-Belgian feature film co-written and directed by Léo Karmann.

Synopsis: Simon, a young orphan, has an extraordinary power: he can take the appearance of people he has already touched. One day, his best friend dies in an accident, there are no witnesses… Simon decides to take his appearance and realize his dream: to have a family. 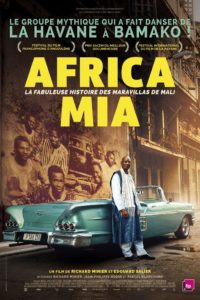 For June, we offer you the documentary film “Africa Mia” by Richard Minier and Edouard Salier. which traces the fabulous destiny of the first Afro-Cuban group in history: Las Maravillas de Mali!

Synopsys : Africa Mia is a journey in search of the soul of Afro-Cuban music. From the communist friendships of the cold war to today, from Havana to Bamako, we follow the footsteps of ten young Malians in musical training in Cuba, who became a founding group of world music: the legendary Maravillas de Mali. Fifty years later, this forgotten group is being resurrected thanks to maestro Boncana Maïga, its historic conductor.

Join us at AF Ottawa on June 24th at 7 pm to watch the movie in person followed by a discussion in French. 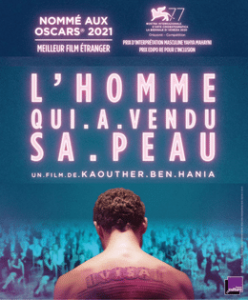 For May, we offer you the film “The Man Who Sold His Skin” by Kaouther Ben Hania, finalist at the Oscars in the category of best international film. A powerful Tunisian drama that crosses the world of refugees with the world of art.

Synopsys : Sam Ali, a sensitive and impulsive young Syrian, flees his country for Lebanon to escape the war. In order to get to Europe and live with the love of his life, he agrees to have his back tattooed by the world’s most sultry contemporary artist. As he transforms his body into a prestigious work of art, Sam discovers that his decision was made at the cost of his freedom.

Join us at AF Ottawa on May 20th at 7 pm to watch the movie in person followed by a discussion in French.

Alliance Française Ottawa recommend this film to an informed audience. 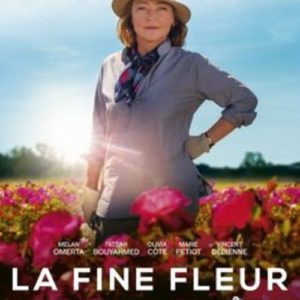 For April, we offer you the movie “La Fine fleur” by Pierre Pinaud, with the very talented Catherine Frot. A French comedy that tells with tenderness and lightness the portrait of a passionate and touching woman.

Synopsys : Eve Vernet was the greatest rose designer. Today, she is on the verge of bankruptcy, on the verge of being bought by a powerful competitor. Vera, her faithful secretary, thinks she has found a solution by hiring three employees with no horticultural skills… While almost everything separates them, they embark together on a most singular adventure to save the small artisanal exploitation.

Join us at AF Ottawa on April 1st at 7 pm to watch in person “La Fine fleur” followed by a discussion in French. 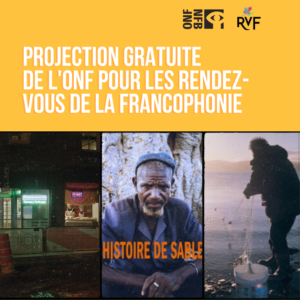 Screening of 3 short films proposed by the National Film Board of Canada (NFB) for the 24th edition of the Rendez-vous de la Francophonie. The screening will be followed by a debate animated by Samuel Coeytaux, director of the Alliance Française Ottawa on the theme “Francophonie and Identity(ies)”.

”Samedi, la nuit” : is a short documentary narrated in Spanish by filmmaker Rosana Matecki with a bittersweet vision of aging and loneliness in an urban environment. Dance becomes a pretext for an intimate exploration of resilience and nostalgia.

”Histoire de sable” : Hyacinthe Combary’s Histoire de sable bridges the gap between African and Aboriginal cultures. In a world where values and traditions tend to disappear, a Quebec immigrant tries to reconnect with the tradition of his ethnic group, the Gourmantchés, and will follow the Aboriginal trail in Quebec.

”Si le temps le permet” : artist Elisapie Isaac dives into the heart of her origins and leads us into the boreal immensity, on the edge of the Arctic Sea, in the village of Kangiqsujuaq, in Nunavik, where tradition and modernity meet daily.